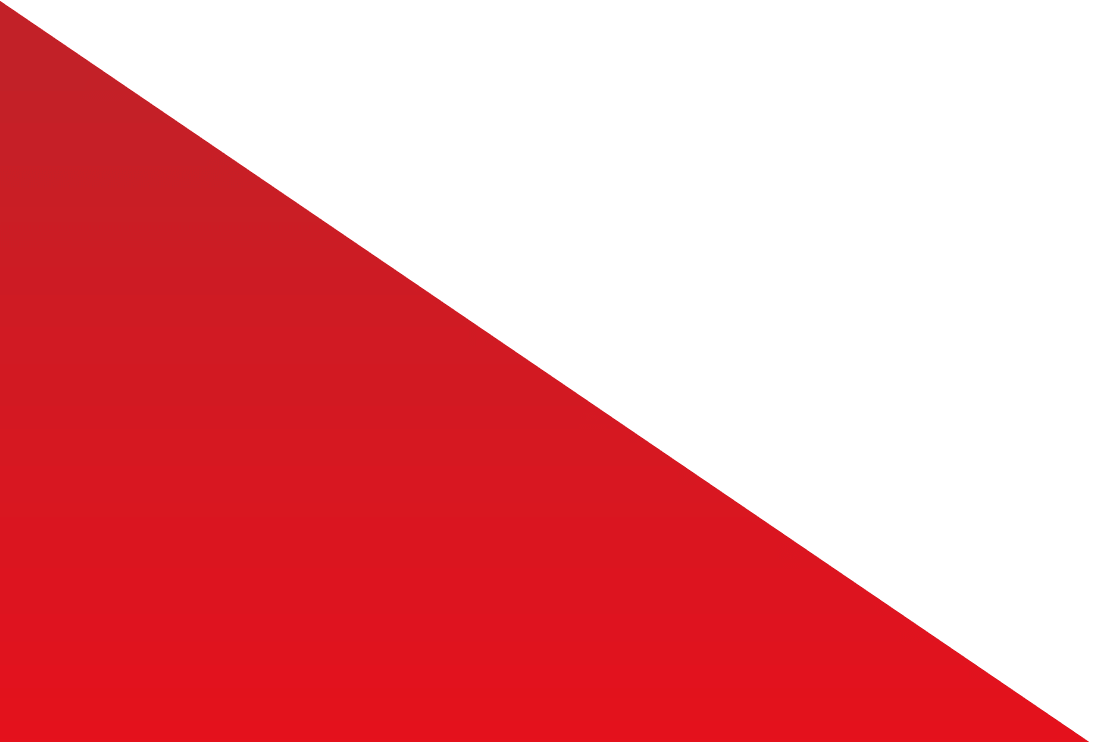 The Solution to a Worldwide Crisis 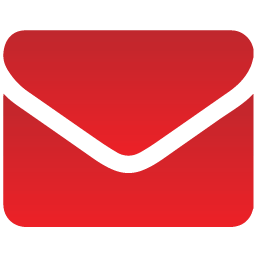 Email Us
Menu
X
Home
About Us

Learn more about the team tirelessly working to overcome the worldwide crisis of global bacterial resistance.

Stay up to date with the latest news, events and groundbreaking studies that will aid in our pursuit for a healthier tomorrow.

Read about the science behind using AMP’s revolutionary antimicrobial peptides as solutions for the treatment of systemic infectious diseases caused by antibiotic-resistant bacteria.

We are facing a worldwide re-emergence of infectious diseases and a rapid increase in multidrugresistant bacteria, threatening the world with a return to the pre-antibiotic era. Alarmingly, there are now “Superbugs” that are resistant to most or all available antibiotics.1,2 It has been estimated that by 2050, ten million lives a year will be at risk (essentially a death toll of one person every three seconds) if proactive solutions are not quickly found to slow the rate of drug resistance.2 Even now, 700,000 people die every year from drug resistant strains of common bacterial infections, HIV, TB and malaria. As a specific country example, antibiotic resistant neonatal infections cause the death of nearly 60,000 new-borns in India every year.2 In low-income and middle-income countries, antibiotic use is increasing with rising incomes, high rates of hospitalization and high prevalence of hospital infections.3 This use and over-use of antibiotics has led to resistance arising due to mutations in microbes and selection pressure from antibiotic use that provides a competitive advantage for mutated strains. Add to this the issues of poor sanitation and hygiene, in communities and hospitals and the increasing frequency of global travel, trade, and disease transmission, a future world health catastrophe is forthcoming.

While a plethora of approaches to slowing down or preventing future bacterial resistance to antibiotics (e.g., promoting vaccine use, avoiding unnecessary antibiotics use, better water and sanitation, decrease in environmental pollution) have been put forward,2 the stark reality remains that organisms resistant to conventional antibiotics will still be present and must be dealt with. Clearly, we must increase the number of effective antimicrobial drugs to defeat infections that have become resistant to existing antibiotics. Unfortunately, antibiotic discovery has stalled just when we needed it the most. Between 1929 and the 1970s, more than 20 new classes of antibiotic reached the market.3 Since then, only two new classes have reached the market, partly due to a short-sighted view that the problem of infectious diseases had been essentially overcome and partly due to the difficulty of producing new antibiotics with entirely different modes of action which infectious organisms would be unable to counteract via resistance. The result has been that since the 1970s, only two new antibiotic classes have reached the market, with the worldwide antibiotic pipeline for new classes against highly resistant Gram-negative bacteria being almost non-existent. Although a potential solution to the crisis lies in a ubiquitous response in nature to bacterial infections, namely the production of antimicrobial peptides (AMPs),4 no systemic AMP has yet been approved anywhere in the past three decades of research. This dearth of clinically approved AMPs despite immense efforts and the excellent antimicrobial activity of many AMPs lies mainly in their generally high toxicity to normal cells which prevents their use as a systemic drug. Fortunately, we now have significant results making it increasingly clear that our laboratory has solved this long-standing toxicity issue.

AMPs in general do not have specific targets (unlike traditional antibiotics) as their mode of action involves nonspecific interactions with the cytoplasmic membrane of bacteria, essentially “punching holes” in the membrane and killing the organism. Development of resistance is not expected since this would require substantial changes in the lipid composition of bacterial membranes. The issue has been that naturally occurring, AMPs also disrupt eukaryotic membranes, hence their toxicity. Researchers have generally attempted to manipulate the structure of naturally-occurring AMPs to maximize antimicrobial activity and minimize toxicity, generally assessed by hemolysis of human red blood cells; this clearly has not been a successful approach to date towards agents for systemic administration. In addition, researchers have also attempted to maintain the broad-spectrum antimicrobial activity of AMPs, i.e., a one-size fits all approach, which, although theoretically useful, has likely inhibited development of therapeutic AMPs. In contrast to other researchers, our approach has been one of synthetic peptide de novo design1-11, utilizing a structural framework, or template, encompassing factors known to be important for antimicrobial activity: the presence of preformed or inducible secondary structure (α-helix, in our case), with hydrophobic amino acid residues making up the non-polar face of the helix and basic (positively charged) residues making up the polar face. This 26-residue template would then be able to accept amino acid substitutions with minimal effects on peptide properties and stability other than the ones under investigation. We also intended, not only to manipulate this template to eliminate toxicity, but also to select for anti-Gram-negative organism activity, such organisms representing the most serious antibiotic resistance challenges. We hypothesized that such a de novo synthetic peptide approach to examining incremental changes in hydrophilicity/hydrophobicity, amphipathicity and helicity of AMPs would enable rapid progress in the rational design of novel peptide therapeutics.5 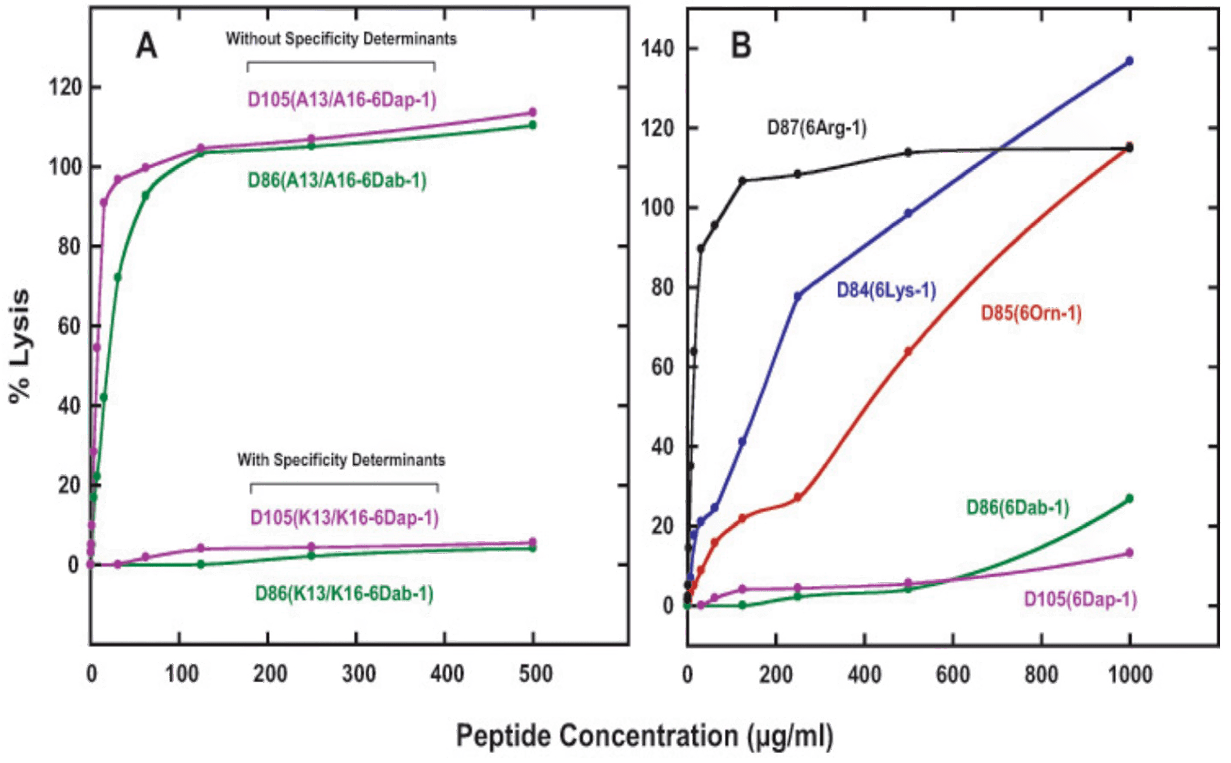 Panel A represents four major milestones for our de novo design approach: (1) our discovery of “specificity determinants, the substitution of two positively charged Lys residues into the center of the non-polar face of the synthetic AMP prevents transmembrane penetration and toxicity to normal cells, thereby dramatically decreasing hemolytic activity, selecting for Gram-negative organisms and removing high affinity binding to serum proteins4-7; and (2) the use of D-amino acids, as opposed to naturally-occurring L-isomers, also makes the peptides resistance to enzymatic degradation, a key concern when considering drug half-life in a patient; (3) substitution of unusual positively charged amino acids diaminobutyric acid (Dab) and diaminopropionic acid (Dap) on the polar face, in conjunction with our specificity determinants on the non-polar face, eliminates toxicity as exemplified by hemolysis under very stringent conditions, whilst maintaining excellent antimicrobial activity against antibiotic-resistant organisms2. These results are unprecedented in AMP research; (4) as shown in Figure 1, Panel B nature’s AMPs have only access to the positively charged residues, Arg and Lys. It is clear that shortening the side-chain of Lys on the polar face (4 carbon atoms in its sidechain to two or one carbon atoms in Dab and Dap residues, respectively) dramatically lowers lysis of human red blood cells (never before reported in AMP research). Further, of profound importance to the future of peptide-based therapeutic agents, we have demonstrated that modification of native AMPs Piscidin 1 and Dermaseptin S4 with specificity determinants produced similar results of improved antimicrobial activity and dramatically decreased hemolytic activity5. 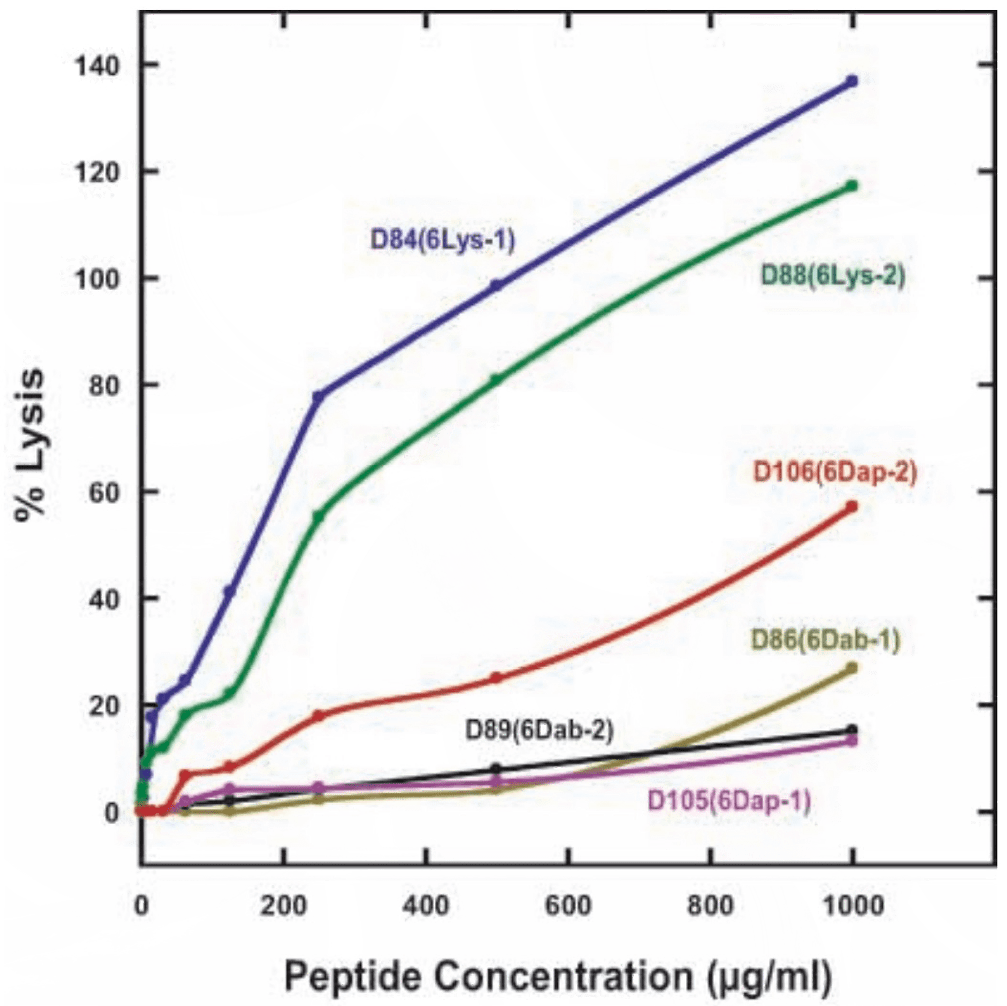 Our results strongly suggest that our novel compounds will replace existing antibiotics and have the potential to solve the world-wide crisis. We have filed two critical patent applications on our technology. The international PCT patent application was filed in April 2018 with a follow-up US provisional patent application in January 18, 2019 with the PCT application due January 17, 2020. Though we already have potential lead compounds, the follow-up research is critical to ensure the broadest patent coverage surrounding our existing lead compounds. Milestone 1 – synthesis, purification and analysis on some 31 peptides. These peptides will be tested for antimicrobial activity against 7 Acinetobacter baumannii strains resistant to antibiotics of last resort (colistin and polymyxin B) and hemolytic activity against human red blood cells. Milestone 2 – to address the question of whether pegylation of our lead AMPs, using a C-terminal cysteine residue will maintain antimicrobial activity and negligible hemolytic activity. This methodology would be a major asset to extending half-life of our AMPs. Milestone 3 – to screen our six best compounds for cytotoxicity against a series of 4 primary human cell lines (primary human hepatocytes, primary cardiomyocytes, primary renal proximal tubule cells and human endothelial cells). Milestone 4 – formulation and stability studies. Milestone 5 – non-GLP screening toxicity and pharmacokinetic/toxicokinetic (PK/TK) studies in rats of 4 potential compounds for selecting a lead compound. Milestone 6 – to screen our best 4 potential lead compounds for in vivo efficacy in a rat model of infection with Acinetobacter baumannii blood strain 649 (IP infection with bacteria and IV injection of our peptides). This protocol was developed in our laboratory. We already have estimates for the GMP manufacture of one of our lead peptides at 50g quantity from 3 leading GMP peptide manufacturers in the U.S. We intend to advance the commercialization process towards completing a Phase I safety trial in humans with GMP-manufactured material.

Key References From the Hodges Group

We are actively seeking to partner with a pharmaceutical company that has an interest in developing novel compounds to replace existing antibiotics.

Contact Us
©2019  |  Designed by Sidekick Web Studio
Contact Us
Thank you! Your submission has been received!
Oops! Something went wrong while submitting the form.
X

Email Us
Menu
X
Home
About Us

Learn more about the team tirelessly working to overcome the worldwide crisis of global bacterial resistance.

Stay up to date with the latest news, events and groundbreaking studies that will aid in our pursuit for a healthier tomorrow.

Read about the science behind using AMP’s revolutionary antimicrobial peptides as solutions for the treatment of systemic infectious diseases caused by antibiotic-resistant bacteria.